After several releases on Frankfurt based label Playhouse Rework now present their second longplayer on which they continue their work on thrilling post-retro-like New Wave hits. “And although Electroclash may have run itself ragged, Rework hasn’t stopped giving it another shot. Combined with a new rock-rooted attitude and the new female front singer Sascha Hedgehog, who finds herself singing ‘Love Love Love Yeah’ abandoning Gallic sensuality in favour of Hoxton-esque disenchantment, programmers Daniel Varga and Michael Kuebler wear their sunglasses at night, punching out beats fresh out of 1981.“ (J. Meggitt) 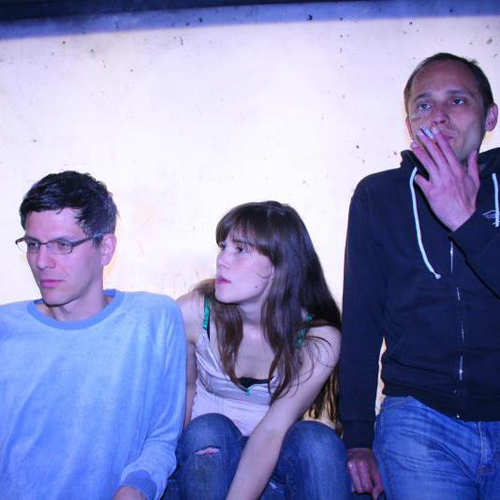 For the release Rework have chosen the joint venture between Pavlek Records (Berlin) and Allscore (Stuttgart) as their partners. Avoiding a long and nerve-racking label search, they preferred to settle the release within their related network. According to the new formed band-appeal in performance and sounding of the record, they decided to leave Playhouse for this „roadtrip“. The record felt bit too rocky for the guys from Frankfurt and so Rework came up with the idea of leaving the label for the longplayer, but keeping it tight with Playhouse in order to continue dropping their maxi outputs there. The record may not be seen as a turn in the Rework sound, it’s rather a logical progression of the band: Keeping in touch with dance-floor-culture and at the same time opening up to a more new wave orientated kind of feeling to the music. As result the record is filled with their well appreciated cold dance-floor hits and elektro-guitar-synth-ballads. All disguised with straight rhythm patterns and synth-guitar lines in tradition and emotion of Eighties club culture and their house music background. Besides that and thanks to their new singer they also pushed up their ready to rock glam-factor, when they enter stage and start to pump their „who loves you“ electro wave sound through the p.a.-stacks. „Ready for pressure, ready for pleasure…“ „don’t fuck with love, it’s fucking life…“ and „you are so sick and sweet, I am losing myself…“ are some of the lyrical benchmarks, they transport.

youlovemymewzick.com [10/07]: “Rework … remind me of Ladytron mixed with New Young Pony Club… with not as annoying vocals, and almost better than both.” Cuemix Magazine [11/07]: “An album that combines dancefloor and a indefinable New Wave Punk attitude. Absolute brilliant and pathbreaking.” indiedancefloor.com [10/07]: “…hell of a good thing…awesome music…” boomkat: “Welcome return for the Rework – you know what you’re getting here, or should do by now – 007 floor ready to go disco, uttered by the most deadpan germanic voice since the Flying Lizards assaulted James Brown. … so cold in fact its very cool indeed.”