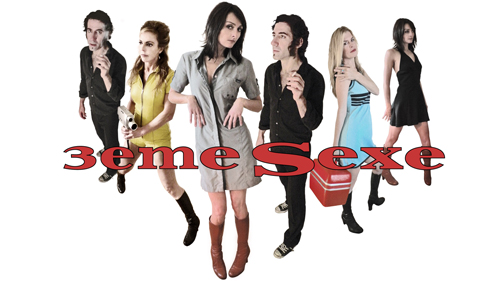 The creative mind behind 3eme Sexe is musician, composer, producer Justin Schoening. 3eme Sexe has been around the electronic scene since 2006, and Justin has had several people joining him before ending up with the hot constellation of today: Christelle Paris (vocals/recitation) & Lola Renault (additional guitars). Christelle and Justin sing in English, French and German – depending on which language fits a particular track.
The extraordinary video clips of 3eme Sexe are directed by Christina Palmegaard of Lars von Trier’s film production company Zentropa.

This new album has been mixed and mastered by 3eme Sexe and Mr. Thomas Bon De Gaard (of Pornorama fame!) in his Funkwerk studio in Copenhagen.